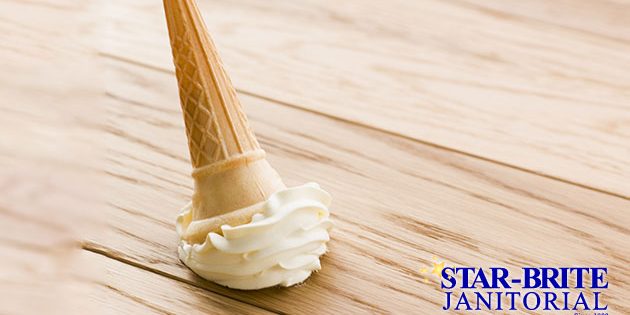 I was originally ignorant to the term; but much to my dismay, my children, after reaching school age introduced me to “The Five Second Rule.”  In case you are also be oblivious to it, let me explain.  There is a school of thought that states: food dropped on the floor that is picked up within five seconds will be sanitary enough to ingest without any harm.  The logic is that germs cannot attach to anything in five seconds.  Yes, I know. I’m also uncomfortable with this. But are my children correct?  I want to give them more of an explanation than simply telling them it’s stupid.  I need scientific research.

Funny enough, the first place I observed any studies done on the merits of The Five Second Rule came from The Today Show.  I particularly remember watching a segment on The Today Show that provided evidence supporting the five second rule.  It caught my attention since I’ve given birth to filthy children that have no problem eating off the floor. I went back to that study and sure enough… it was supported.  I didn’t care though, I was certain there would be more countering evidence against it, wouldn’t there?

The popular American television program, Mythbusters, has claimed to “bust” this theory.  The researchers concluded that there was no significant difference in the amount of bacteria collected on dropped foods, whether it had been on the floor for two seconds or six seconds.  Time was not a factor in the amount of bacteria collected by dropped food. They determined the amount of dirt that got onto the food highly depended on the type of surface, where the food was dropped, and whether the foods were dry or wet.  So, therefore, dropping a cookie on the carpet is safer than picking up pizza toppings off the vinyl and ingesting them.  But according to this study whether food was left on the floor for five seconds or an hour made little difference. Yes!

Now, because I am what people call a germophobe, I would have liked to accept that explanation as fact, but as I Googled “The Five Second Rule,” it seems there is more evidence in support of it rather than against it.  A very popular study at Aston University in Britain claimed that five seconds seems to be a sufficient grace period for dropped food.  However, this study does agree with the Mythbusters claim that surface and food type also makes a difference in the amount of bacteria transferred to the food.

We could all agree to disagree on this subject, but that’s not going to convince me to come over to your place this holiday season. And I am not about to lose to a slogan for something so disgusting. The thought of that alone may have caused me break out in hives.

What if those preparing my children’s food at the restaurant abided by The Five Second rule?

I’m that woman who slathers anti-bacterial gel all over my hands after coming out of a store.  I have a bottle in my car, and one in each purse.  I’ve given up eating out, and prepare my own food all the time.  This damn Five Second Rule will ruin me.