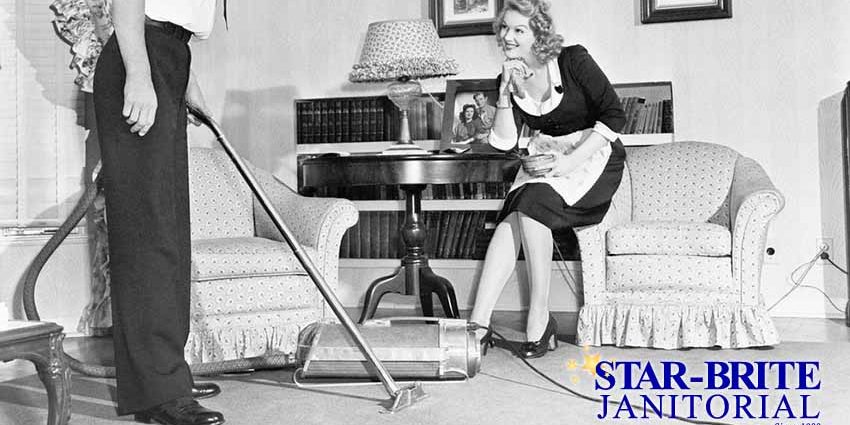 When you were a child, you may have watched your parents or grandparents struggling to lug a monstrous machine up and down flights of stairs. The roars of that beastly contraption were second only to the curses being shrieked from the unlucky individual having to use it.

The first vacuum was invented in 1869 and was a hand-operated device where the operator had to constantly turn a crank while pushing the machine across the floor. Definitely not convenient and did a pretty poor job of cleaning.

In 1901, the “Puffing Billy” was the first powered vacuum cleaner to be invented. Hubert Cecil Booth created it to run on gasoline; however, this was not a great answer to the world’s dust problem. The vacuum cleaner was so large that it had to be pulled by a horse-drawn cart to people’s homes where vacuum cleaning services were then offered to them.

It was Booth’s idea of “sucking” dust, though, which further propelled the invention of vacuums into something that was compact enough for normal home use. In 1907, a janitor suffering from asthma named James Spangler designed a vacuum that would actually catch the dust that caused him such chronic coughing. He used an old fan motor attached to a soap box, which he stapled to a broom handle and placed a pillow case over to collect the dust. This “do it yourself” design soon evolved and Spangler sold his patent rights to William Hoover (that name probably sounds familiar!).

William Hoover went on to found the Hoover Company which is still one of the leading manufacturers of vacuums today. Working off of Spangler’s initial idea, Hoover created an “updated” version and began selling the vacuum door-to- door. Within ten years, there was a Hoover vacuum in almost every home.

From the early 1920s until now, the vacuum has continued to evolve. Most are now bagless and have many different selling features such as being “whisper” quiet and incredibly light or possessing “cyclone” power. We are even on our way to never touching a vacuum again, with robotic self-propelled vacuum cleaners growing in popularity every year.