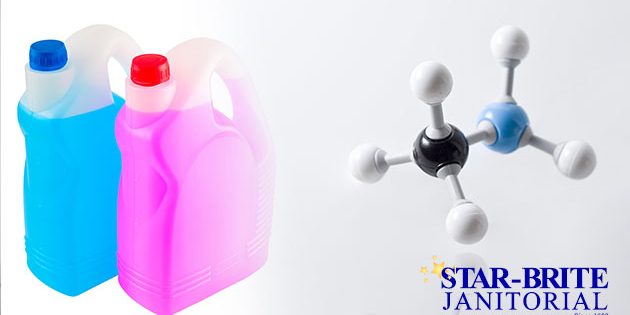 If you are choosing a cleaning product there are a myriad of choices, but come down to essentially two different chemicals. Bleach or ammonia. Now we know the golden rule of chemical compounds is DO NOT MIX THESE TWO, but what else do we know? Yes they smell pungent and clean amazingly well. Bleach should neither be used in the bathroom or with darks. Ammonia is predominant in the bathroom due to the previous chemical statement. But what do we know of the origin? The genesis of the two basic chemical cleaners.

Now the origin of bleach is a little bland, but I want to save the best for last. Essentially the term bleaching came from a form of tanning hides involving water and sun. The effect of intense sunlight on a wet few rid produced a whitening effect. Thus we get the term bleach and its correlation to whitening. The term bleach originated a millennia before the actual chemical.

Now let’s get scientific. In the eighteenth century a scientist named Carl Scheele discovered the chemical chlorine. Building upon this amazing whitening product Claude Berthollet developed sodium hypochlorite as a method to bleach fabrics. It was not until Antoine Labarraque that the disinfecting qualities of this compound were discovered. The rest is history and very boring, right? All science and chemistry. Oh la la- he said with facetiousness.

Now for the interesting tidbit that will have you glad you stuck in. The origin of ammonia which led to the development of mouthwash. You wonder how huh? Well any that are slightly faint of heart peruse no further.
Have you ever wondered why the smell of ammonia is so close to the smell of urine? Well the simple fact is that the two are one in the same. So guess how it was first used? You got it- urinators! Though there were deposits that the Romans exploited, the bare essential was found in everyday urine. Using this they used to tan hides as well; seems like a lot of cleaning products started out with fabric. Like lye and burning sacrifices in Egypt to make soap.

Now you are probably thinking that that is somewhat gross, but why the necessity of the warning? Well remember how I mentioned mouthwash earlier? Guess….. If you comprehended that the. You are gagging. The truth is during the dark ages through the renaissance people with white teeth were mocked for their vanity. Why- for those of you who didn’t catch on? They used to swill their morning urine in their mouths for that whitening affect. Hence the foundation of mouthwash.

Well there you have it, the origins. One completely boring and predictable, and the other gross and surprising. Next time you are using cleaning products remember this. One was arbitrated by ingenuity and science. Someone thought long and hard about what would chemically benefit them. The other…. Well let’s just say felicitations to the man who first decided to gargle urine and leave it at that.