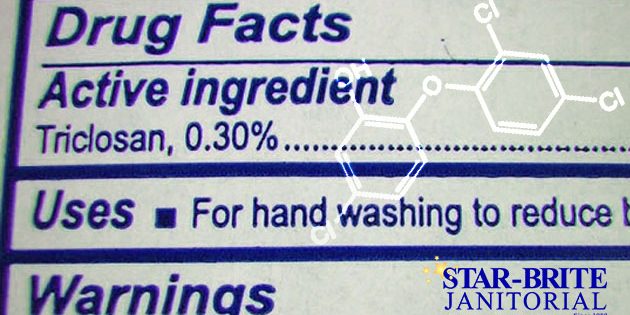 Triclosan is a common antibacterial and antifungal ingredient found in many cleaning products such as hand sanitizers, toothpaste, deodorants, and many other cleaning supplies. It has been in use since 1972, and is being used in an increasing number of products such as kitchen utensils and children’s toys.

Because the chemical came into use before the creation of the FDA, and it has never been fully tested or confirmed to be safe, and here are 3 possible side effects of spraying ourselves with Triclosan on a daily basis.

1) Effects on the Environment

An independent study in 2006 concluded that triclosan acts as an endocrine disruptor in frogs. Now, if we know anything about biology, its that humans are not frogs, but the function apparently seems to be the same in humans. As a result, concentrations of triclosan showed positive association with allergies and hay fever.

Two reports suggest that triclosan can combine with chlorine in tap water to create chloroform, which is a possible human carcinogen that is likely to cause cancer. Although triclosan was the subject of a UK cancer alert, the study showed that the amount of chloroform created was less than amount often present in drinking water. Which now makes us wonder how healthy drinking water is.

This blog was originally posted on Go Green Facility Services